January 01, 2019
Continuing down the Keys we were focusing on a few areas to see if we may be interested in living there. The first stop was Cudjoe Key which is about 77 miles from Key Largo. We knew of a place for lunch and drinks, The Square Grouper and My New Joint.  The latter not open till 4 or so we sat at the bar in the Square Grouper. The adds did not do the place justice as the food was phenomenal. (I may need to develop a rating system as the food only gets better from here.

Not finding much around that was interesting to us we continued our journey onto Sugarloaf Key.  A distance of only about 7 miles. We were pleasantly pleased to find a rustic place to stay called Sugarloaf Lodge. It is hard to describe the Lodge and it is really the only thing on this Key. It consist of main office building and restaurant (Currently closed :) )right off HWY 1, a building consisting of rooms (only about 30 or so) 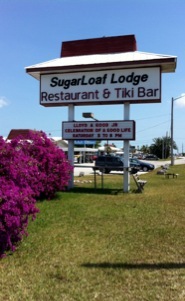 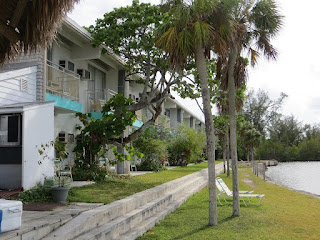 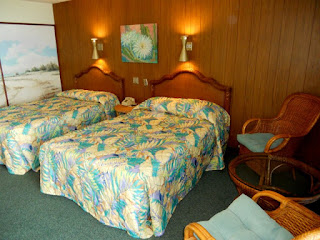 The place was very well kept and clean. Oh and did I forget to mention the Tiki Bar? Also the only bar on this key so a great local hangout 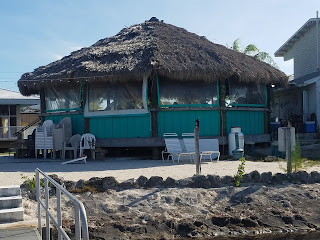 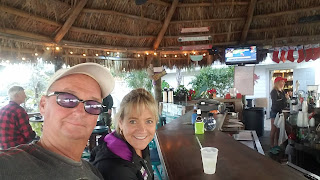 and as luck would have it we arrived on Trivia Night! As you can see the TobacPack was represented along with 4 adopted members. (Two from Knoxville Iowa) 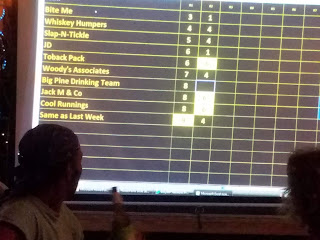 Sugarloaf Lodge is located in the Great White Heron refuge, Sugarloaf Lodge offers views of the pristine protected backcountry waters of the lower keys. And some "different creatures" 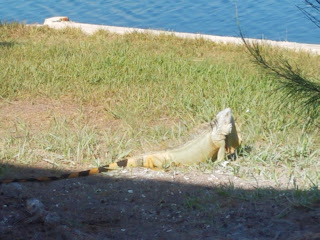 and a great place to relax 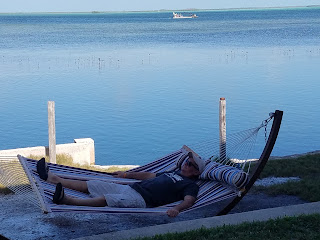 One day there was even a farmers market on the front lawn so we grabbed some shrimp, ceviche, tomatoes, bread, cheese and wine and had a picnic.

A great three days on Sugarloaf and I have still to get to one of the better places to eat in the area.

FYI, the name Sugarloaf, is variously attributed as arising from either an Indian mound on the east side of Upper Sugarloaf Key, north of the present highway was said to look like an old-fashioned loaf of sugar or from the variety of pineapple called "sugarloaf" that was once grown in the area. 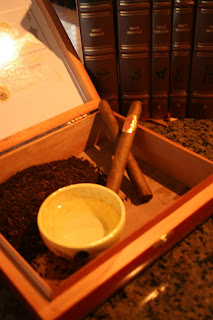 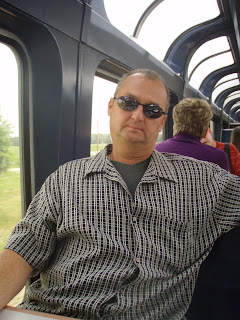