Showing posts from June, 2011
Show all

My Vacation or Terror at Thirty-Thousand Feet

June 30, 2011
Sitting around MySideOfTheBar this week and the discussion turned to vacation. As the next two weeks are the busiest vacation weeks of the year I thought this poem of mine from vacation days of old would be apropos.

I remember the day I tried to touch the sun
Into the air the steel bird arose just so I could have some fun
My pulse did race My brow was hot with sweat
My hands were cold, clammy, and wet
The voice of the captain said all was well
But If that was the case then why did I feel like hell
We cruised along at 30,000 feet
Which was also the pace my heart did beat
The stewardess asked if I wanted a drink
I said look at my face and tell me what you think
It was dark outside and the lightning did flash
I was so scared I had to close my sash
I swore that should my feet ever touch the ground
There would be no more of this fooling around
The engine roared as the bird approached land
I had my friend hold my hand
When the wheels touched down I let go a sigh
As you can tell I really do …
Post a Comment
Read more

And You Can Believe What You Want

June 24, 2011
Good conversations sitting around MySideOfTheBar and you can believe what you want :)

Public interest in Unidentified Flying Objects, or UFOs, began to flourish in the 1940s, when developments in space travel and the dawn of the atomic age caused many Americans to turn their attention to the skies. The town of Roswell, located near the Pecos River in southeastern New Mexico, became a magnet for UFO believers due to the strange events of early July 1947, when ranch foreman W.W. Brazel found a strange, shiny material scattered over some of his land. He turned the material over to the sheriff, who passed it on to authorities at the nearby Air Force base. On July 8, Air Force officials announced they had recovered the wreckage of a "…
Post a Comment
Read more 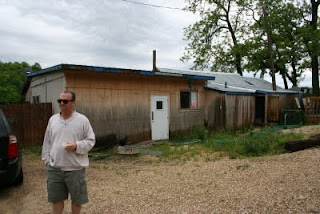 A few weeks ago we had the privilege of visiting the Lake "Formally Known as Lake Delhi."

For those of you who may not have heard the story (Have you been drunk for a year?)

Here is the story:

Central Patti and I have spent many a great weekend on this lake in the past dozen or so years with our good friends J. and L. P. and K. and S. D. After all who could forget the black-eye hot tub incident or one of my favorite quotes of all time as we were again sitting in the hot tub one night, err early morning.

"What is that bright light up in the sky"
"Um, that is the sun dumb-ass we have been up all night!"

Also some of the best fun we have ever had anywhere with BBQ Shrimp, home made Cheese Cake, Hog Roast, the beer fridge, and some great fireworks.

So without further ado, here is the tour:

The Forth Street Cruise – Waterloo Iowa 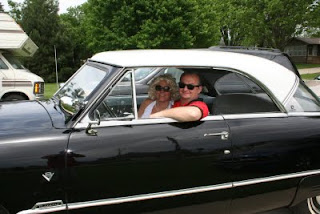 Hey all you cool cats, if you missed this year’s Fourth Street Cruise in Waterloo Iowa then you missed one great festival. This year marked the 30th Anniversary of the Cruise which traverses the route that used to be the “Main Drag” in the 50’s. There were approximately 1600 cars in this year’s Cruise and we were fortunate to be in one of them. My Father has a fully restored 1951 Ford Victoria and used to cruise the same route in the same model of car we spent this fine Saturday in.

All in all it was a very fun day and yes they had a beer tent and even a Jamaica Smoothie Tent (Sans Vodka, but we know how to fix that) 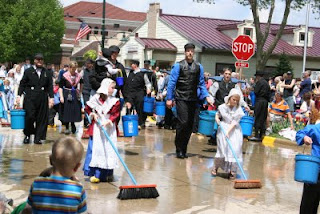 My apologizes for taking last week off, however if you look at my stats for the year and a half I have been blogging here at MySideOfTheBar you probably noticed that I have only missed three blogs.

The last couple of weeks have been particularly busy with a trip to Orange City Iowa for the Tulip Festival, a trip to Waterloo Iowa for graduations, catching up with old friends, (I hope Ingrid and Lisa recovered from the Tequila Shooters and thanks to Cindy and Pat for the transportation) the Forth Street Cruise, a trip to the lake formally known as Lake Delhi for a Birthday Party, S.D.’s homemade cheese cake “The Damn Hole Tour” and helping to build a swimming pool all followed by a quick trip to our condo (man I am tired just typing this) you can see we have been busy!
(recaps of all the above in the coming weeks)

So to start to catch up we had the privilege of being in Orange City Iowa for the 72nd Annual Tulip Festival.