Showing posts from February, 2013
Show all

February 28, 2013
With all the snow here @MySideOfTheBar there has not much much going out so we have been doing most of our drinking while reading or watching TV. This brought up some great conversations with Central Patti and I decided to turn the conversation into a Trivia Contest.

1. In Sanford and Son, what was Fred's drink of choice?

2. In the Show Mad Men, what alcohol does Don Draper keep in the kitchen cupboard?

3. In the book "To Have and Have Another: A Hemingway Cocktail Companion" you find a cocktail, "Scottish Mountain Spring", what is this cocktail?

4. In real life Spencer Tracy used to relax in a tub drinking what unusual concoction?

5. What Pub did Jack, Crissy, and Janet frequent?

6. What Beer does Homer Simpson consume in mass quantities?

7. What was Sonny Crockett's drink of choice?

8. In the African Queen, Charlie Allnut had a large quantity of what type and brand of Alcohol dumped overboard by Rosie Sayer?

Under the rule of Claudius the Cruel, Rome was involved in many unpopular and bloody campaigns. The emperor had to maintain a strong army, but was having a difficult time getting soldiers to join his military leagues. Claudius believed that Roman men were unwilling to join the army because of their strong attachment to their wives and families.

To get rid of the problem, Claudius banned all marriages and engagements in Rome. Valentine, realizing the injustice of the decree, defied Claudius and continued to perform marriages for young lovers in secret.
When Valentine's actions were discovered, Claudius ordered that he be put to death. Valentine was arrested and dragged before the Prefect of Rome, who condemned him to be beaten to death with clubs and to have his head cut off. The sentence was carried out on February 14, on or abou…
Post a Comment
Read more 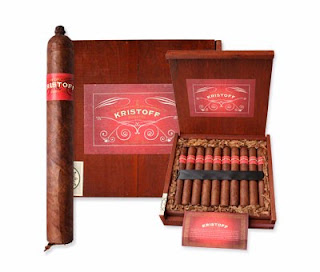 We have a new feature here at MySideOfTheBar, cigar reviews by a guest reviewer. Normally as you know we have not done a lot of product reviews on this blog, but I believe you can see that this is no ordinary review by a new Usual Suspect J-Dubb. (J.W. from @360photography).

The Kristoff Sumatra
Throwing the scarf over my shoulder to keep the cold wind off my neck. You can hear the Coyotes in the distance, almost like they are closing in and watching me. Chills go up my spine. CLICK, the sound fills the night air, followed by a flame and a moment of warmth. I rasie my Kristoff Sumatra and give it a puff. The warm relaxed taste with a touch of sweet spice makes the world right. With the Coyotes closing in I am as relaxed as my Kristoff Sumatra. I can set back, set fear to the side, and bask in my glory 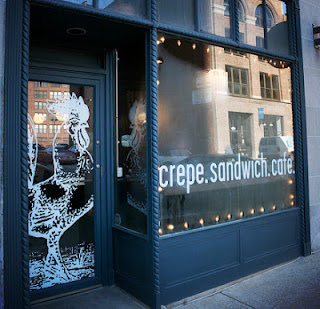