Showing posts from July, 2012
Show all

The Five People I Would Like to have at MySideOfTheBar 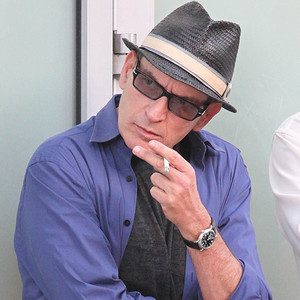 I have been fortunate enough to have met and had a smoke/drink with a few of my “idols” here at MySideOfTheBar, most notable thus far are Glenn Case of Kristoff Cigars and Al Young of Four Roses Bourbon.


As I was sitting and enjoying a Cocktail and a Cigar the other night I was thinking, who would I most like to meet and chat with over a Cigar or Drink?

Charlie Sheen: I will have to admit until two of the Usual Suspects turned me on to “Two and a Half Men” I really did not know anything about Charlie’s character, Charlie Haper, but S. and C. O. kept saying “You are Charlie”. Well to tell you the truth I am still not convinced. It is true that I have been wearing bowling shirts and have been a germ a phoebe and have enjoyed good Alcohol and Cigars long before seeing a single episode. Now that I think about it that is quite the coincidence, or not? Charlie’s character aside I think he would be a great individual to site and have a Cigar and a Scotch with at MySideOfTheBar.
Billy Bob Tho…
Post a Comment
Read more

The Mad Mongoose Too 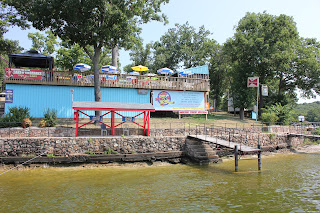 A couple of weeks back during this hot spell we have been sweltering in I had the opportunity to catch a boat ride captained by S.O. up to a new place on the Lake of the Ozarks, The Mad Mongoose Too.The Mad Mongoose Too (The Goose for short) is located on the Gravois arm of the lake at the 6 MM.The Captain and I were accompanied by most of the usual suspects. The Goose

Central Patti and The Professor
﻿ We picked a breakfast cruise and Captain S.O. and crew arrived safe and sound. The menu has a nice selection with a very modest price. The best thing about breakfast at the Goose is the Bloody Mary bar which features a nice selection of garnishes and along with Zing Zang you have the choice of Clamato which is becoming more and more popular in Bloody Mary’s.


The Usual Suspects
Next time you are out and about on the lake hit the Goose, you will not be disappointed.
Cheers
The Professor﻿ 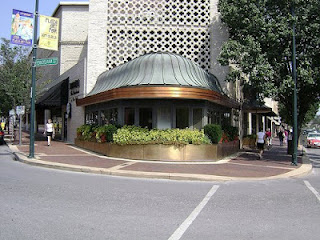 I am not surprised all that often here at MySideOfTheBar, but a few weeks back I was stunned! Central Patti and I were having dinner at one of the finer five star restaurants in KC, The Plaza III.

This is not the first time we had dined here and normally we get a table and enjoy one of the better steaks in the city. On this night we were a little early for our reservation so we grabbed a seat at the bar and ordered a couple of cocktails while we waited, we discovered it was happy hour. David the bartender at the Plaza III for around 20 years presented us with the menu for Happy Hour and we were stunned. The prices were incredible! Martini’s for six bucks is unheard of here on the Country Club Plaza so we both ordered one, Central Patti a Cosmo and I of course a Manhattan.

We had both had a couple of drinks while we perused the rest of the Happy Hour Menu and by then our table was ready where as expected we both had an excellent steak. We went back the next week explicitly for Happy Hou…
Post a Comment
Read more

July 01, 2012
It is time again for a Q and A session with just a few of the questions we are being asked here at MySideOfTheBar Q. What are you drinking right now?
A. Well that is the most common question that is asked, and the answer is always subjective to either when I am asked or the time I am writing up the question. Wait, what? What was the question? Actually as I type I am enjoying a Gin and Tonic with a slice of Lime. Q. What is your favorite drink/cocktail?
A. Again somewhat subjective, but as most of you know Four Roses Bourbon is one of the big favorite’s here. I also enjoy a Vodka and diet citrus green tea on a regular basis.

Q. What music do you enjoy?
A. Well that depends on the day and time. I really enjoy listening to XM Radio and much of the time I listen to Siriusly Sinatra. I have recently discovered two new groups through Twitter and Facebook.

From Midnight On and The Hunting Accident are both really great groups and I have them both queued up often on my IPod. Q. What is your favor…
1 comment
Read more
More posts